Home » Excerpts from the Dan Rice Manuscript » A FEW WORDS ABOUT THE NEXT BOOK.

A FEW WORDS ABOUT THE NEXT BOOK.

Ms. Freeman has been working on a biography of Dan Rice, premier circus showman of the 1800s.  Below is a segment of Chapter One. 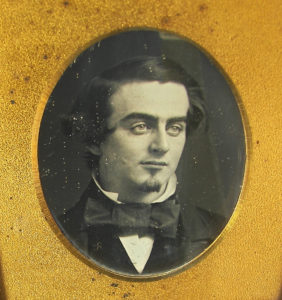 At 13, Dan’s life was a fine romp.  A strong farm boy, he enjoyed all the free-spirited pleasures a rural life could offer.   Encroaching on this idyllic scene was the city of Manhattan, with many delicious mysteries for an inquisitive, spunky boy to investigate.  At home his step-father was indulgent and his mother, though good-intentioned, was often preoccupied with her younger children. A fine romp, indeed.

But then, a few days after his 13th birthday, Dan’s mother died.  Just two weeks later his infant brother died.  These events set him on a new course, for his mother, Elizabeth (Crum McLaren) Manahan, would not have wanted her first-born to make his way in life alone at such an early age.

(There follows the genealogy of both Dan and his natural father.  The text picks up here -)

When Elizabeth Crum was about 18 she eloped with Daniel McLaren Jr., a lawyer and the son of a Manhattan merchant.  Daniel McLaren Sr. had arrived in the colonies from Edinburgh, Scotland in 1790, settling in New York City.  He was a successful merchant, a purveyor of fine wines, tea, etc., which provided him with the means to send his son to Union College near Schenectady, New York.  McLaren Sr. had two children, a daughter Sarah, and Daniel Jr., who was born in 1791.  After graduating from Union College, the younger Daniel served in the War of 1812. Following that he read law briefly with the controversial Aaron Burr.  He maintained his connection with Burr, entering into a land purchase with him years later.

On January 25, 1823, about five weeks before her 20th birthday, Elizabeth gave birth to Dan, III, in Manhattan.  Although the couple had married, Elizabeth’s father ended the relationship.

For a time Elizabeth and baby Danny lived with her parents in New Jersey, then moved into Manhattan with her sister Catherine who was married to Hugh Reed.

Elizabeth found that much of the city and surrounding communities were still in farmland. One of the larger streets, Broadway, was a wide boulevard that ran the length of the city and was used largely for traffic and promenading but had few residences.  Promenading was a popular leisure activity and Elizabeth may have amused herself and baby Danny by strolling with him in his perambulator for a portion of the four-mile-long street when it was passable.

Roads generally were in bad condition, rough and muddy much of the time.  The people who considered themselves city dwellers lived on streets other than Broadway.  Those other streets were narrow and winding, lined with small frame houses with an occasional large brick or stone house intermingled.

Manhattan seemed noisy and dirty to Elizabeth.  Venders walked along calling out their miscellaneous wares and itinerant repairmen and chimney sweeps shouted each other down, all to gain the attention of a potential customer.  But they all stepped aside for the brown blotchy pigs that roamed freely on the streets, eating garbage and picking at anything that had been abandoned or tossed away. For many years now the pigs were an accepted part of life in the city and enough of a menace that English author Frances Trollope who had visited the United States wrote about them in her subsequent book.  The pigs were still in residence in 1842 when another English author, Charles Dickens, toured.  He vividly described them as venturing out every morning to “throw (themselves) upon the towns.”  …….